She shared a photo of herself enjoying the sun and surrounded by trees, and she wrote: “I had a case of Murphy’s Law hitting me…. even though the picture might suggest it’s all peachy. That’s to keep a positive spirit, sun on my face, life is good! But challenging at times….“

“I was in the hospital last week. In Finland, where I went to rehearse with my dear brothers in NIGHTWISH for our virtual shows next month. So incredibly great to see them after all that time (over a year!).“

“After the first rehearsal day I woke up to severe stomach pains and decided this was not normal. Once at the hospital I got what you call a gallstone attack. Turned out I had pains because of a huge amount of gallstones, and pancreatitis. I needed my gallbladder removed but because of the pancreatitis they couldn’t do it at once. The day after they took a scarred gallbladder out, with 15 stones in it! Emppu calls me stone henge from now on.“

“It turned my trip into something quite different. But I am most grateful for the amazing care I received at the hospital in Joensuu! And for all the love and support from my band and friends and family! And grateful for my own body. For taking this so well, I made a promise to take extra good care of it!“

“I’ll need to recover for a few more weeks but look forward to the virtual shows! And for spring, that is right at our doorstep.“

Jansen made her live debut as the frontwoman of NIGHTWISH on October 1, 2012 at Showbox Sodo in Seattle, Washington following the abrupt departure of the band’s lead singer of five years, Anette Olzon.

Jansen officially joined NIGHTWISH in 2013 and made her recording debut with the group on 2015’s “Endless Forms Most Beautiful” album.

NIGHTWISH‘s ninth studio album, “Human. :II: Nature.” , was released in April 2020 via Nuclear Blast. The effort is a double album containing nine tracks on the main CD and one long track, divided into eight chapters on CD 2.

NIGHTWISH‘s interactive “An Evening with Nightwish In a Virtual World” concert experiences that will kick off the “Human. :II: Nature.” world tour have been rescheduled from March to May due to changes in the band’s touring schedule. The new dates are Friday, May 28 and Saturday, May 29, 2021.

Hietala issued a statement in which he said he hadn’t “been able to feel validated by this life for a quite a few years now.” 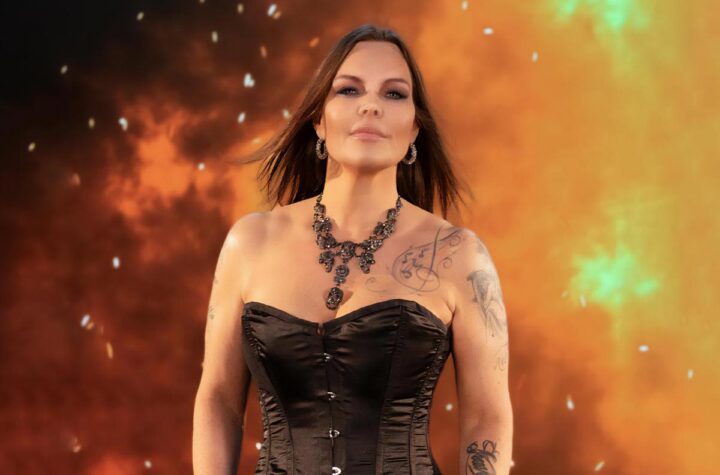 1 month ago Tero Tolkki
We use cookies on our website to give you the most relevant experience by remembering your preferences and repeat visits. By clicking “Accept”, you consent to the use of ALL the cookies.
Cookie settingsACCEPT
Manage consent