FINNTROLL’s latest record “Vredesvävd” (2020) does not disappoint at all to any of their fans who have been waiting this record for seven years now. The finest folk metal ensemble from Finland has come a long way to fulfill the expectative of the audience as their sound has already got a signature of aggressive riffs together with energetic beats and their very characteristic Swedish verses.

The record is well characterized by its keyboard sound, the instrument that without a question takes the key role in all the melodies as a conductor between the songs, in the chorus and principal verses. So, bear in mind that this instrument will be there most of the time, if you are into melodic riffs you are good to go for this album.

The intro starts off Vredesvänd’s sonic journey with a symphonic prelude that moves forward to the first track, “Att Döda Med En Sten“, which works as an energy hit for the listener with its aggressive riffs and deep growls, the track really awakes the craving for more moving beats throughout the melody from the very beginning with a theatrical sound of growls and keyboards with some remaining riffs in the background that interlinks with “Ormfolk“. This second track takes our energy to the next level by adding a more predominant sound of percussions during the chorus that for sure could be the best stimulus to give room to any moshpit for FINNTROLL’s future concerts.

Another song that follows the very lively character of the record is “Forsen“, but this time taking the melodic soundscape to the next level. This song is slower than the rest of the record, more “folk-like” to some extent, as it includes traditional sounds such as river flows, accordions and a smooth addition of flutes to top it up. Definitely one of the most interesting tracks (the best one, in my opinion).

On the contrary, “Mask” is more energetic and aggressive-like. With the typical folk knocks alongside Vreth’s growls, the song is a balance of the fierceness on FINNTROLL’s musis but still portraying the dynamic spirit of folk metal. At the same time, “Mask” gives the listener an overture to the final chapter of this musical journey with “Ylaren“, the last song before the outro. “Ylaren” is a peaceful conclusion, which is somehow a contrast in comparison to the robust character of the whole album. The song has a slight slow rhythm on its riffs that alongside an epic chorus with rapid keyboard notes makes the listener (at least me) feel a sort of landing after jumping around during the whole record listening.

Our Conclusion
All in all, FINNTROLL has made an exceptional return to satisfy our thirst for head-banging and jumping around with folk metal tunes. Hopefully we might be able to do it once again at some point after these unprecedented times are over.
8.5
Shop At Recordshop X
Tags: Century Media Records Finntroll Vredesvävd 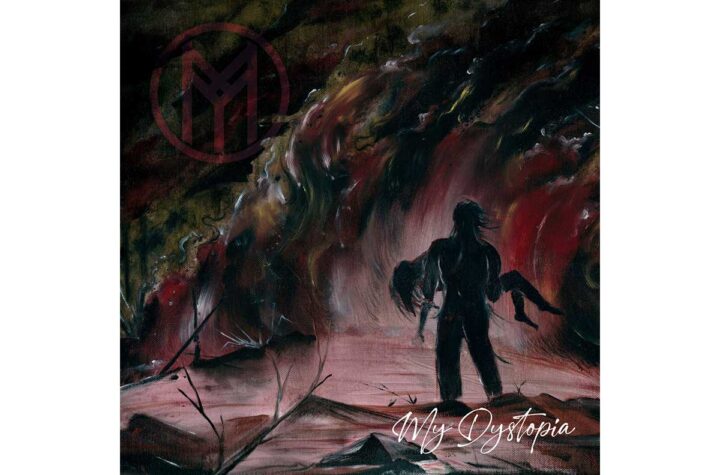